I’m pleased to present my first collection of NFTs: A series of images generated by passing “Mark Zuckerberg NFT” into Dall-E 3. While I have a general distrust of all crypto-adjacent art, my long fascination with the lizardly face of Mark Zuckerberg led me to inevitably put his name as a prompt into one of the new AI-art generators.

What resutled was equal parts horror and amazement: 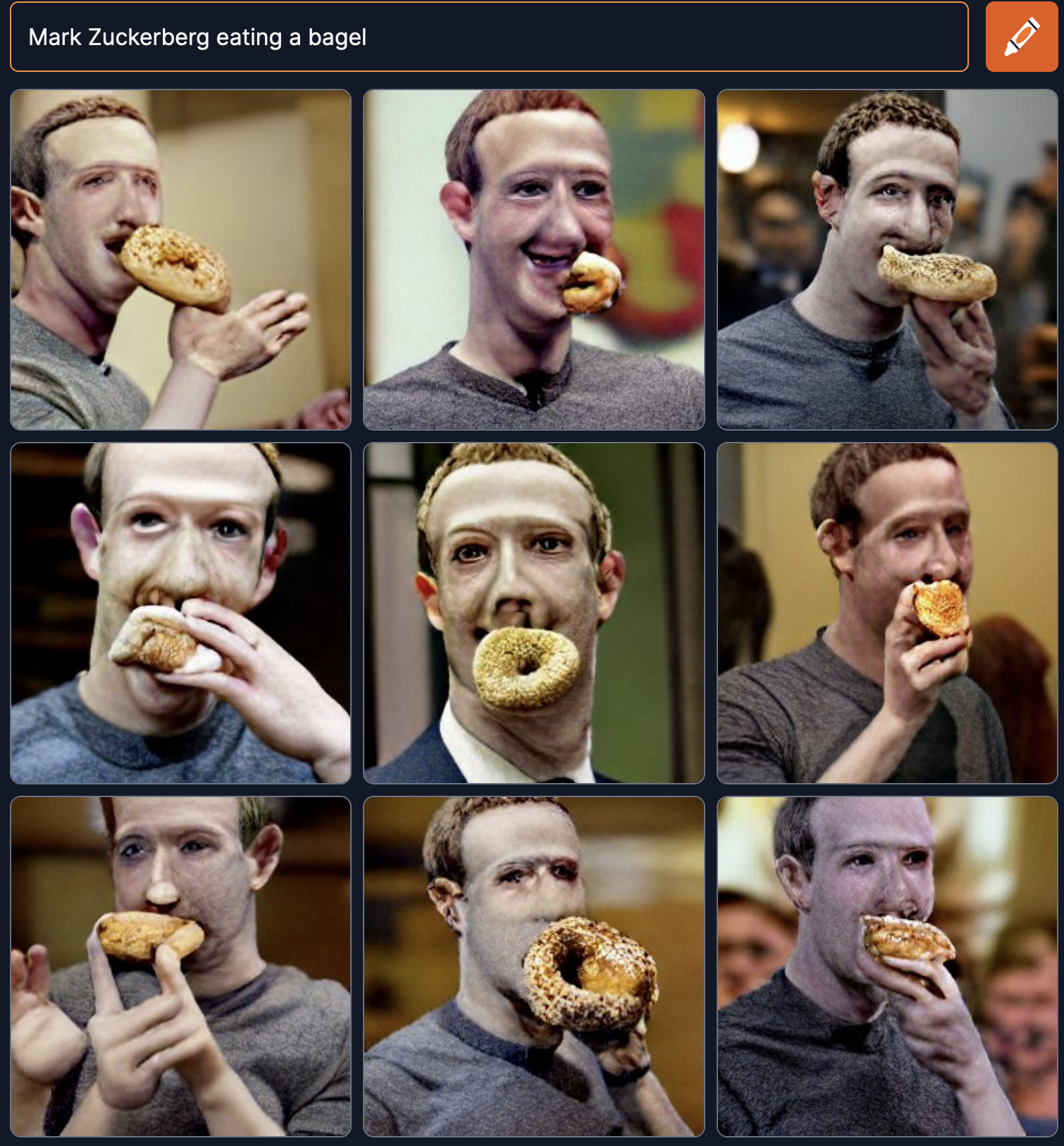 When I finally submitted “Mark Zuckerberg NFT” as a prompt, I was amazed at how the algorithm captured both the stylized neon glow of many digital collectibles as well as the disgustingness of Mark Zuckerberg. I thought this to be true “art”, worthy of a permanent place on the blockchain. Now they can be yours for the low, low price of 0.1 ETH.

I’ve started skateboarding with Ashley. She seems intent on trying to bite my shoes the whole time but somehow, with the right speed and length of leash, we’re able to sync up and glide down the street together.

Becca compiled some great footage from our show at Bard College on 9/8/2022. It was their first official party of the year and everyone went hard 🥵. Zenizen played a beautiful set that night as well!

I made this cantonese steamed fish recipe last night but substituted tofu for the white fish.

Interlocutor interviewed Becca and I on our recent album, Castle In The Sky.

Your new album Castle in the Sky is the culmination of three years of working the songs out with live audiences and tweaking them based on audience vibes, in close collaboration with co-writer/co-producer Brian Abelson.Throughout this period of experimentation, did you both have any set plans of eventually turning all of this into a full album, or was there no “grand plan” and did it ultimately come together organically?

A unique production aspect of Castle in the Sky is that live performers recorded for it (including Teeny Lieberson [Lou Tides, TEEN, Here We Go Magic] on guitar, Boshra Al Saa-di [TEEN, Saadi] on bass, and Thesan Polyanna on saxophone), but then Brian kept the production in an electronic space by using the recordings as samples on the tracks. How do you think this approach serves the album’s overall sonic aesthetic while also best fitting its themes and tones?